If you don’t work in IT or security, there’s no need to fret about every detail of every online danger. Nevertheless, it’s worth having awareness of the strategies and techniques that criminals are using to achieve their goals online.

In this explainer, we’ll be breaking down DDoS attacks to help you understand the basics and how you can be affected.

What is a distributed-denial-of-service (DDoS) attack?

A DDoS attack is a method that criminals use to overwhelm an online service, like a website, by bombarding it with fake internet traffic from multiple different locations. The sheer amount of traffic prevents real users from accessing the targeted sites or online services.

Am I at risk of a DDoS Attack?

The average person isn’t likely to be on the receiving end of a DDoS attack. However, you could be one of the users unable to access an online service because of one, or even own one of the devices being used to perpetuate an attack. If you’re running a business – big or small – you’re much more likely to be the target of a DDoS attack, and being aware of the potential risks is a great place to start when considering your security.

How do DDoS attacks work?

To carry out a DDoS attack, several internet-connected devices work together to attack one target, like a website or online service. It’s like thousands of people trying to call the same phone number at the same time – the line becomes busy, and no one can get through. An attack could be organized by a single criminal, or a group who shares the same goal.

These criminals usually pull this off by taking advantage of a device’s security vulnerabilities and installing malware called a bot. Once enough devices are infected, they can form a group called a botnet. The attacker then instructs the botnet to overwhelm the target’s online services with more connection requests than can be handled.

Why do DDoS attacks happen?

The motivations behind a DDoS attack vary, but generally, the goal is to cause disruption. A criminal could be interested in hacktivism, financial gain through extortion, or simply having “fun” by exploiting cybersecurity vulnerabilities. For businesses, DDoS attacks can result in disruption of services, lost business, and damaged reputations.

Can DDoS attacks be prevented?

For businesses: DDoS attacks can be hard to detect because they often look like normal technical problems, like slow network performance. You can’t predict and perfectly prevent every kind of DDoS attack, but you should be mindful and take proactive measures. To reduce the likelihood of becoming a target – or to make a swift recovery if you do experience an attack – take the time to understand the available tactics to protect yourself and work together with your IT and security teams to prepare.

For individuals: You’re unlikely to be the target of a DDoS attack, but that doesn’t mean you shouldn’t be taking measures to protect your devices from being used as part of a botnet or for other malicious purposes. Consider brushing up on the basics of cybersecurity, tightening up your Wi-Fi network, and using a password manager like 1Password to help you monitor your digital safety.

The more you know

Just like with any kind of cybercrime, it’s important to be aware of your potential vulnerabilities, the opportunities for exploitation, and any other possible risks you face. Whether you’re running a business or you’re just an average internet user, you should always take steps to protect yourself.

Ready to protect yourself?

Keep all of your accounts secure with 1Password, the world’s most-trusted password manager. Get started today with a free 14-day trial.
Try free for 14 days 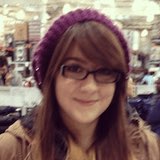 Hacking 101: What is social engineering?

Data breach 101: How you can stay safe online