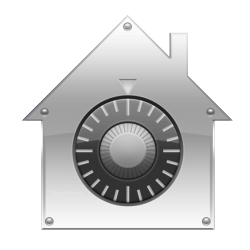 If you have been using Apple’s FileVault to encrypt your home folder on OS X, read on. There is an important security bug and action you should take. This is an Apple security issue that does not affect 1Password 3 or Knox for Mac, but it is an important enough issue that I’m announcing it here.

Very simply, if you use FileVault on your Home Folder (something that can only be set up prior to OS X 10.7) then a bug in OS X 10.7.3 is logging your OS X login password in system logs. This is described in an article on ZDNet’s Zero Day Blog.

If you are among the affected users, then you should

There will be other concerns as well, as your old password (usable for decrypting Time Machine backups) may still be available to other administrator users on your system. This typically isn’t a concern for home users, but it can be important for Mac in an office environment.

As David Emery, a discoverer of this problem, said in his report.

carefully built crypto has a unfortunate tendency to consist of three thick impregnable walls and a picket fence in the back with the gate left open … Nobody breaks encryption by climbing the high walls in front when the garden gate is open for millions of machines.

Only you should 0wn your data, Part 3: The Mac malware landscape

Only you should 0wn your data, Part 2: Staying safe