At 1Password, we aim to make the online world a better, safer place. But climate change is the biggest threat to the future of our planet, and we want to make a difference there too. That’s why we chose to sponsor the Climate Fixathon.

As someone who cares deeply about our planet (last year, I embarked on a 24-day expedition for marine conservation), I was thrilled to be one of the judges. Reviewing and testing the 43 projects from across the globe was eye-opening. It was exciting to see the tech community come together to create websites, apps, and services that aim to help restore a safe climate for our planet. Technology is a powerful force for doing good.

There were three categories: Awareness, Action, and Facilitation. On offer was $1,500 for the winning team of each category. As you’d expect, the standard of entries was incredibly high across the board, but there were a few that impressed me in particular.

HQ→CO2 was chosen as the project that best raises awareness of climate breakdown. The website juxtaposes random pairs of images: the headquarters of high-emissions fossil fuel companies with places around the world affected by global warming. It was thought-provoking to see how the HQ pictures appear static and unchanging, while the picture alongside shows dynamic ecological breakdown.

Also recognised by the judges was Climate 365, an email service that repeatedly contacts those in power urging them to take action against climate change. Their tool for digital protest won the prize for Action. The prize for Facilitation was awarded to Trip to Carbon, a carbon footprint calculator with simple API that can be integrated into new and existing websites and products to raise awareness of climate change.

Another favourite of mine was the Arctic Calculator. You enter the distance travelled and it gives you the area of the Arctic Circle you’re responsible for melting. Certainly difficult to ignore. Shift was another great website that everyone can use to make a difference. It tells when grid production in your area is at its least carbon-intense, so that you can time your household electricity consumption, like putting the washing machine on.

All exciting and impactful projects that are sure to inspire change. It’s certainly sparked some food for thought about how we do things at 1Password.

To learn more about all of the entries, visit the Climate Fixathon website. Perhaps it will inspire a project of your own! You can also find out more about my motivations for taking part in my judge’s interview. 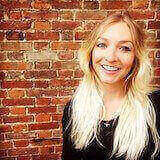 Mozilla has selected 1Password X as a Recommended Extension for Firefox

Behind the scenes of Random but Memorable